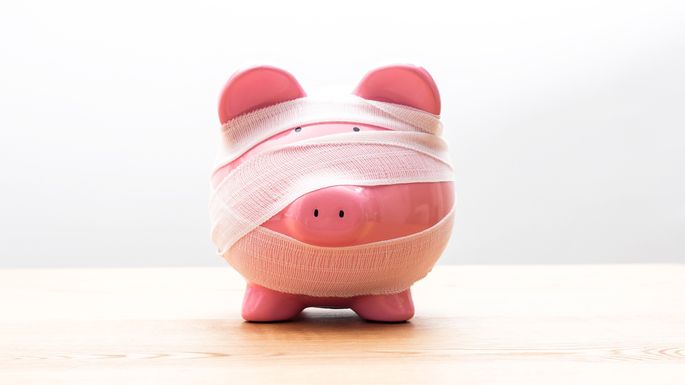 Many who hope to buy a home come across the harsh reality that their past can come back to haunt them. Namely, late or unpaid bills might end up reflected in their credit score, the number that sums up how reliable you’ve been (or not been) at paying back past debts.

It your credit score is low (think below 650, with 850 being perfect), you might have a hard time finding a lender who will give you a mortgage. That’s the bad news, but here’s the good: There are things you can do to repair the damage and raise this little number well into home-buying territory.

Check out these three real-life credit score comeback stories to know it’s possible, and get some ideas on how to boost your own score.

1. ‘The house I loved was outside my financial reach’

Earlier this year, Jeff Neal had his heart set on buying a house he’d seen in Lancaster, PA. The problem? It was priced above what his local bank would loan him based on his credit score, which was 680. “After seeing the houses that were available in my price range, it was obvious that I needed to increase my potential loan amount,” he says.

So Neal, an entrepreneur, got resourceful and sold off a website he owned, then used the cash to pay off $9,000 in credit card debt in one fell swoop. Within a month, his credit score shot up to 740—and fortunately for him, the house he had his eye on was still on the market. So he pounced, and it’s now his.

Todd Huettner, president of Huettner Capital, a residential real estate mortgage lender in Denver, says paying down debt is a surefire way to boost your credit score. Doing so improves your debt-to-income ratio, a comparison of how much money you owe to how much you make. Better yet, the effects kick in fast.

“The impact of paying off credit card debt happens as soon as the creditor reports the update to the credit bureaus, usually monthly,” he says. However, ”even if you pay off small balances or pay down balances in small chunks to lower the utilization rate on any card, you will also see some improvement.”

2. ‘My wife raised my credit score’

Francis John, a content strategist from Sioux Falls, SD, says not paying his student loan bills on time ended up sinking his credit score to (gulp!) 530. That was so low, he couldn’t even get an $8,000 car loan. Realizing his dream to buy a house certainly wouldn’t be possible either, he set out to improve his score by turning to someone he knew could help: his wife.

Fortunately, his spouse had a good credit score—which could be used to boost his own. They opened a joint credit card, then took out a small $1,200 loan in both their names for a laptop. By paying toward both of these debts regularly, John was able to piggyback on his wife’s good credit standing (not to mention her good habits). Over the course of two years, he raised his score to 713, allowing them to qualify for a mortgage on their first home this year.

While getting a joint card or loan with a spouse with good credit can “drag up” a poor score, Freddie Huynh at Freedom Financial Network warns that it’s not without risks. If the holder of the poor credit score makes mistakes, he could also drag down the higher score.

“If a spouse has poor credit, the key is to determine the reason, and work on that,” Huynh says.

One safer alternative? Rather than co-signing a credit card, you can add the low-scoring spouse as an authorized user instead, which means that this person can use the card but the main cardholder remains the one responsible for payments.

3. ‘A home we already owned damaged our credit’

“My husband and I had purchased a condo at the height of the housing bubble, in 2006—two kids in grad school who, like everybody else, thought housing prices were just going up, up, up,” she says. “Two years later, the value of our home plummeted, and we were $100,000 underwater on our mortgage.”

A job move required them to sell the house for less than what they owed their lender. While the short sale allowed the couple to bail on the home without filing for bankruptcy, it also took their credit scores from over 800 down to the low 400s, where they had no hopes of getting a new mortgage.

“It was a terrible blow,” Avery admits. “We felt a little better when we watched ‘The Big Short’ last year and saw that even the smartest people didn’t see it coming.”

Yet while their credit scores had taken a hit, Avery was determined to rebound—and took a bunch of small, consistent steps to make that happen.

“We built our credit back the same way we earned it to begin with—by paying our bills on time and not buying stuff we couldn’t afford,” she says. “We didn’t go on vacations. We cooked at home. Edgar and I didn’t even get each other presents at birthdays, Christmas, and anniversaries. All in all, we lived like we made probably 40% less than we do, so we could save fast.”

Their frugality has paid off, and within three years, their credit score rose to the low 700s—high enough that they’ve been approved for a loan on a new-construction home that should be done by the end of 2017.

For more smart financial news and advice, head over to MarketWatch.