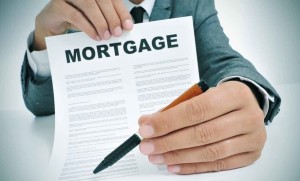 Uh-oh. A mortgage scam that targets the most vulnerable home sellers and buyers is making a comeback.

Wraparound mortgages, which bundle together the purchase of the home and the mortgage on it, might sound like a great idea for those who don’t have the credit to qualify for a loan. But it’s an idea that’s ripe for exploitation, say housing attorneys who have seen an uptick in this type of seller financing.

Typically, the homeowners need to sell their property in a hurry, say because they have to move for work. But they can’t find a buyer, so they turn to middlemen. These folks find buyers who are similarly eager to buy and not so savvy, who move into these homes and take over the mortgage payments. The buyers receive a title for the residence, but the mortgage remains in the seller’s name.

So far, so good, right? That is until the middleman, who usually isn’t regulated, starts pocketing those monthly mortgage payments and the bank forecloses on the home. Then the seller’s credit is ruined and the life savings the buyer plunked down on the home is gone.

“They’re taking advantage of poor people who don’t have a lot of knowledge about purchasing a home and putting them at great risk,” says K-Sue Park, an attorney at Texas RioGrande Legal Aid, who is representing a family who claims they were ensnared in one of these scams.

Her clients, Santa Martinez and Michael Moreno, lost about $22,000 on the El Paso, TX, home they bought because the middleman wasn’t turning their mortgage payments over to the bank, according to the El Paso Business Journal.

“It’s meant to be a fix for people who are falling behind on their mortgages,” Park says of wraparound mortgages. They can also help “a family who can’t access a traditional bank loan to buy a house.”

Wraparound mortgages were a big problem in the 1980s and 1990s, Park says. But then it was mostly replaced by subprime mortgages—which targeted buyers with bad credit and, typically, low income, who couldn’t really afford to become homeowners.

Real estate attorney Cassandra McGarvey, at Sanders Willyard in Houston, started seeing a resurgence of these loans about two years ago. They’re common in Texas, but are also done in other parts of the country, she says.

She recommends that sellers who need to sell in a hurry rent out their homes if they can’t find a buyer. Even if they lose money, at least their credit won’t be wiped out in a foreclosure.

And aspiring homeowners who can’t qualify for a traditional mortgage should work on their credit instead of signing up for one of these wraparound loans, says Park.

“Don’t fall into this trap,” Park says. “[Buyers] stand to lose everything.”

Health nutrition is an vital part of leading a good lifestyle. How can medicines help us? Last ten years there are various medications to treat bipolar disorder, anxiety frustration or systemic lupus erythematosus. Medications like Prednisone as a rule is used to solve conditions such as breathing problems. It is very slightly soluble in water. Do you know what Viagra is? If you’re concerned about sexual disfunction, you have to learn about order cialis generic us and . Conceivably you read about Other point we are going to is . A general form of sexual dysfunction among men is the erectile dysfunction. What are the treatments erectile dysfunction? There are risks possible with any type of medicine. Undoubtedly, online pharmacy can readily help you for solving your all health disturbances.